Posted by almuqarraboon in Especially for the Sisters, Hifdh Diaries, Memorizing Qur'an, Seeking Knowledge on March 7, 2012 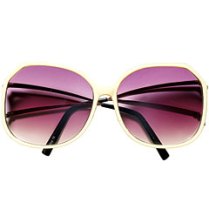 What a depressing statement. “I used to be a haafidhah.”

I used to have these surahs memorized. I used to be able to recite this in salah. I used to…but not anymore.

This isn’t something I’m mentioning just to scare people. It’s a reality. A friend of mine attended a Jumuah Khutbah a while back and shared with me some of what she learned. The facts are from what she heard and reported to me, and I edited the quotes to correct for grammar but not meaning.

She mentioned: “Eighty percent of women forget half of what they memorize after they get married.”

She told me the story of a sister who memorized Qur’an from the ages of 10 to 21. That is the prime-time of her memory! She spent over ten years memorizing and reviewing, just think about that! Listen to what she says now…. “I can’t even remember two ayaat in [their correct] order.”

Reflect upon that. You will realize that the way you live your life after marriage is but a reflection of how you were living your life before marriage. If right now, as a single sister, you cannot find time for Qur’an and reviewing is not a priority of yours, then surely things will only get worse once you are responsible for a husband and kids. The people who cannot make time for memorization when they are single, it’s not expected that they will be able to make the time later, even if they want to. Subhanallah, even if they want to.

When married sisters assume that I have a lot of free time just because I am single, I sometimes find it slightly offensive (that’s too strong of a word in this context but) because it is as if there is no such thing as being “busy” outside of marriage. But I know that is not how they mean it. We look at the past through rose-colored glasses. They are looking at their single-life-past, through rose-colored glasses and remembering it as a time of being carefree and without worries and to a certain extent, they are correct. Helping out around the house with your sister and mother is not the same as having someone ‘depend’ on you for their food and clothing. If you had a hard day at school, your mother will understand and let you skip some of your chores. But what about the married sister who is pregnant? There is just not that much leeway in this situation. You can’t take a “break” from being married or pregnant, it doesn’t happen.

Now is all the time you have. Take advantage before you have to look at your past and remember all those hours that you could have devoted to building a relationship with the Qur’an, but rather you let them pass you by, one by one (one nap here, one argument there, one movie here, one novel there).

And review, review, review what you have memorized until you become flawless in it and you feel secure that it has entered your long-term memory. Don’t ever let yourself become someone who says “I used to…”

1. Actively work to memorize the entire Qur’an before marriage. If you cannot complete it, do as much as you can. The sister said “especially the harder surahs,” but refer to HD 6:Stop with the Negative Influence! for why I do not endorse her statement.

2. Don’t memorize without review. A lot of what we memorize is still sitting in our short-term memory, ready to run away. We need to tie it down with revision.

3. If you are already married, don’t despair. Even you have more free time than you think. Start finding those pockets of free time, and use them! :) There are stories of amazing sisters who have memorized after marriage, after kids, in hard times. We really have no excuse inshaAllah.

4. Have good manners and leave sins. Being a good wife, mother, sister, and daughter all counts as ibaadah. Do not scream at your husband about how he’s “keeping you away from your goals in life.” Treat people well, keep up with all of your duties, and leave sins. All of these things will help you towards your memorization.