Running on the Fuels of a Pure Intention 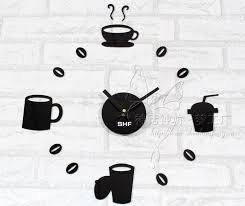 For much of my life, I prided myself on the fact that I consumed zero coffee or tea. Being that my culture is one of avid tea-drinkers, I always told myself I would be different. In an effort to get more work done (trying to balance all the aspects of my life), that recently changed, perhaps a year or so ago. Before that I would only drink a small amount of coffee in an emergency (also known as studying for a Chemistry exam the morning of). More recently, I began to drink a cup of tea in the morning. Not every morning, only some. And I didn’t drink it for the taste, only for its staying-awake effects.

Soon it became every morning. Then it was at the point that I felt sleepy and tired without my cup of tea. Even more recently, I began to drink coffee with about 1/4 of a teaspoon of instant coffee powder. I remember one day I took about 1/2 a teaspoon and it left me buzzing for hours.

I noticed that when I drank coffee, I could go on until about dhuhr-time without feeling the least bit tired. (Of course, I would crash as soon as the caffeine left my system and would end up sleeping more hours total than if I had had zero caffeine…Irony.)

This morning I drank tea and was feeling a little heavy-headed around 9:30 AM so I decided to see what’s up. I mean, a whole teabag versus 1/4 of coffee — was that little amount of coffee really stronger or was it a placebo effect?

Well, I don’t really have one.

Because I went on google and got distracted when I read this:

At first, I couldn’t believe it. Then I started to think that maybe it’s okay for me to continue consuming caffeine since I’m so far from the “moderate” threshold, and I can just slowly work my way up to being normal (lol).

That was until I thought about Imam An-Nawawi (rahimahullah).

“His pursuit of knowledge dominated his entire life. He would put all of his time into studying, learning and teaching. It is even stated that he would not sleep except when sleep would overtake him. He would rest on his book and sleep for a little, then he would act startled upon awakening and continue studying. He once said about himself ‘I spent two years without lying on the ground [to sleep] on my side.'”

And what about his food and drink?

“An-Nawawi would fast perpetually (every day except the days of Eid). In general, he would only eat once a day, after the last obligatory prayer of the day; and he would only drink once a day, before dawn. When he drank, he would not drink cold water out of fear that it may make him drowsy.”

In theory, someone who eats and drinks very little will be extremely low on energy. You will find them to be lethargic and lazy. However, Imam An-Nawawi was the opposite of these, and that can only be explained as a result of his sincerity to Allah s.w.t.

So while others are all hyped up on 3 cups of coffee a day and considering this to be normal since (my guess is) this is the only way for them to get any work done, Imam An-Nawawi was running on the fuels of a pure intention.

Something to think about during your next coffee break. The fact of the matter is, if your time is not blessed by Allah swt, no amount of time management or caffeine can change that.

May Allah swt grant us all a pure intention and barakah in our time. Ameen

This entry was posted on November 1, 2012, 10:21 am and is filed under Time Management. You can follow any responses to this entry through RSS 2.0. You can leave a response, or trackback from your own site.