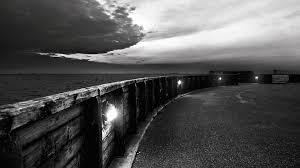 “…We can prove the existence of this secret with tangible evidence from the words of those who do not believe in the Hereafter but who do believe in being active and energetic, and believe in the necessity of making good use of their time. We will present this only for the sake of knowledge and comparison, nothing else.

They say that this potential is reserved and exists. However, it needs something to tap into it and bring it out.

For example, take the long distance swimming marathon race – and it is from the practices and innovations of Greek jahiliyyah and religion. They made it a religious ritual in which they race around the Alps, which they considered to be a holy mountain, saying that the gods live in these mountains. These are all false religious beliefs that have spread around the world since then. So, if the one who races ten or twenty kilometers runs out of energy and quits, the doctors who observe him will say that he still has hidden energy reserves until now – an natural, organic reserve of energy that is endless. This is indeed something amazing.

So, what is the proof for this?

They say that if someone who is in a race and becomes exhausted and quits suddenly encounters a hungry lion who is trying to eat him, he will get up and run away as fast as he can. So, subhan Allah! Where did he get this energy? Did it descend from the sky? They say that this is proof that these hidden reserves of energy exist, and it is possible for the racer to take advantage of them in the time he has left to win the race. The only limiting factor is the weakness of whatever is being used to tap these reserves and bring them out. If such a factor exists and is strong, these reserves will be accessed on a greater scale.

What if we were to apply this principle to the reality of the first generation – the Companions – and how they were?

They were regular bedouins, just like all of the Arabs. They included those from Quraysh – and they are a virtuous people – and those from Banu Tamim and Yemen, just like other people. However, when they believed and entered Islam, look at how their potential and abilities were tapped!

For example, look at ‘Abdullah bin Mas’ud. He was a sheep herder on the outskirts of Makkah, and there have been thousands and millions of other sheep herders throughout history. However, when this herder and the other Companions believed and entered Islam, they became transformed into something amazing. He was from the most famous scholars of the city of Kufah in the Islamic state, which is famous all over the world. People would travel there from all over to visit ‘Abdullah bin Mas’ud, the sheep herder! How was his potential tapped and how was his hidden power brought out?

So, the entire issue has to do with what it is that brings it out. This instigating factor would come to the Companions – and I ask Allah to grant us this in our hearts – and you would never see from them one who sought Paradise or was escaping from Hell sleeping.

One of the Salaf said: “Whenever I want to sleep, I would remember Paradise or Hell and jump up like someone who was crazy, and I’d be unable to sleep afterwards.” Subhan Allah, he would recite the Qur’an and pray, he would want to sit down, and he would suddenly remember an obligation he had of Jihad, enjoining the good and preventing the bad, etc. So, how can you make this a time to relax while for him it is a powerful instigator?

Praise Allah that this is the nature of the believer, as it can be the case that he is sleeping on his bed, has one of his brothers ask his help in something, and he then wakes up and becomes enthusiastic in fulfilling this task. It is as if he didn’t want to sleep in the first place and was instead looking for something to do, and he might even spend long hours doing whatever it is his brother asked of him. Here, we come to know the secret of the victories of the Companions, as all of their hidden potential was tapped. There is the Paradise, and you want to sleep. Suddenly, you remember the maidens and servants that are in it, just like the Companion said: “There is nothing between me and Paradise except for me to be killed.” So, he threw away some dates he was eating and entered the battlefield because this is Paradise, and the strongest instigator is for you to remember Paradise and go forth to do something, or for you to remember Hell and step back from doing something.

This is why the believer can turn away from the most intense, strongest, pressing desires, just as what happened with Prophet Yusuf. In fact, this happened to the man who was trapped in the cave when his cousin came and they were about to sleep together, and she said: “Fear Allah and do not break the seal unlawfully!” So, the fear of Allah came to him while his lust was thriving, and he left it all for Allah because this thing came to him that was stronger than every lust and stronger than every desire and stronger than every instigator. So, the person forgets everything and goes back to being strong and upright, and he uses this energy and power in something good.

One of the Salaf was very old, and he was very pious even in his old age. So, the people were amazed and said: “An old man who is able to maintain his piety to this level?” So, he replied: “I protected these limbs from what Allah had forbidden when I was young, and He protected them for me when I became old.” Amazing! The energy and potential is still there!

So, look at the potential that Allah has given us. Concentrate on it and you will find the most amazing things. However, this potential is like petroleum: if its owner leaves it to spill on the ground, nobody will gain anything from it. However, if he puts it in his car and starts the engine, the car will move with the permission of Allah…”

This entry was posted on November 15, 2012, 11:02 am and is filed under Lives of the Salaf, Manners & Characteristics of a Believer, Seeking Knowledge, Time Management. You can follow any responses to this entry through RSS 2.0. You can leave a response, or trackback from your own site.