Stranger in my House

Posted by almuqarraboon in Niqabi Support Group on December 21, 2012 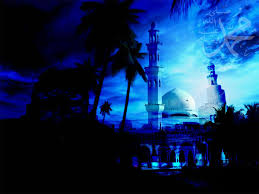 My older sister recently got married, so that means we have a new addition to the family. For the first time in my life, I have a brother-in-law.

During the months that I’ve known him, I’ve probably only had one conversation with him. It was in the presence of my father and sister, while he was sitting in the seat in front of me in the car, his back turned to me, and it was because I wanted help regarding my physical health because he is a doctor. It may already be apparent, I go to great lengths to avoid having to speak to him. And he knows this. He also knows that this doesn’t mean that I “hate” him. I feel like a lot of people assume that if you are not speaking to them, it means that you either hate them, or are too shy. My brother in law, let’s call him Fahad, knows that none of these is true. He has cracked the occasional joke, relayed to me from my sister, that I sound like a “robot” when I answer the phone, and that I speak monotone, but it seems that he’s picked up on the fact that I do all of those things intentionally.

The brother in law is death(1). And I know why. Regardless of the fact that I barely acknowledge his existence, I found myself becoming comfortable towards him and thinking of him as a brother. When I would notice this, I would quickly remind myself “this is why the brother in law is death.” The brother in law is the non-mahram that you have the chance to get the most comfortable with and the one that it is most dangerous for you to get comfortable with. If anyone is still skeptical, listen to this: I remember Shaykh Omar Sulaiman mentioning in a class “You don’t know how many phone calls I’ve gotten from sisters who say to me, ‘I don’t know what to do – my brother-in-law just made a pass at me.'” The Messenger of Allah (saws) spoke the truth.

The fact that I wear the niqab has helped so much subhanAllah. I don’t think there could possibly be any bigger sign, for him, that I am very serious about Islam. His family is from a Muslim country, so his sister also wears niqab, but it seems that she only wears it in that country. In the beginning, he had probably expected the same from me. I think he quickly got the message though. He’s seen me do things like leave a restaurant with loud music, rebuke people who are backbiting, and stay fully-covered around him, that if he had any doubt before as to kind of person I was (or would like to be), then the doubt was removed and he quickly accepted me as I was.

And I would hear from my sister that he said that he found me “scary.”

“She keeps to herself and minds her own business.”

The fact that he cannot see my face, has helped a great deal because the truth is, I’m not a very “serious” person, nor is it easy for me to stay quiet while we are all at the dinner table talking, and he happens to be there. I’m actually very jokey in nature as well as quite social at times. The act of lifting my niqab in order to eat is my reminder at the table- “Fahad is here, careful.” And it’s a sign for him, because he assumes that since he can’t see my face, I am not smiling at the jokes and not interested in the conversation, and this is what I prefer for him to assume.

Before Fahad, I did not used to have to walk around my house in niqab except occasionally when we would have a plumber or electrician-type-of-person come by to fix things. Now, it’s become very common-place for me to be wearing a niqab at home. My family is all very used to it and no one comments on it, alhamdulillah. I even have a slip-on-hijab which makes it much easier, and I try schedule my wudoo in the bathroom before he gets there so I don’t have to do one of those take-off-hijab and socks-and-then-put-them-back-on wudooo. If I ever for a split-second find myself thinking that this is not fair for me to have to be covered even in my own home, I remind myself of how grateful I am to be able to wear the niqab, and all of a sudden, I don’t mind the least bit.

If wearing niqab were not “strange” enough, then wearing it at home or in front of family would take the cake. But a non-mahram is a non-mahram, just remind yourself of that, and it makes it easier. And stay firm in it. One of my parents still gives me a hard time, not in front of Fahad, about wearing my niqab in front of my brother-in-law.

“I only have one brother,” I respond calmly.

Don’t lose your cool, but stay firm, it always gets easier bi’ithnillah.

(1) The Prophet (peace and blessings of Allaah be upon him) said: “No man should be alone with a [non-mahram] woman.” And he said: “Beware of entering upon women.” They said, “O Messenger of Allaah, what do you think about the brother-in-law [meaning the husband’s relatives]?” He said, “The brother-in-law is death.”