I Will Wear it When… My Parents Approve (Part 1) 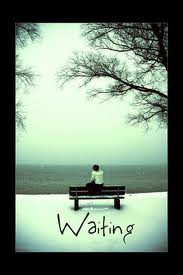 I’m sure many sisters think this to themselves, not just about the niqab, but about hijab (khimar) or jilbab.

Regarding this excuse (I know it sounds harsh to call it an excuse, but that is really what it is if we are honest with ourselves), I will quote what one of my mentors said to me. “If you are waiting for a day when your parents to be okay with the niqab, that day won’t come.” What she meant was, if you are waiting for a day when your parents will, for no apparent reason, wake up and announce to you that they would like it if you wore the niqab, then you’re living in a fantasy. And she was right, that day never came, and alhamdulillah that I did not wait long for it. And for the majority of sisters living in the West, that day will not come.

So what I would like to say to the sisters with this excuse is this: your parents worry about you and want what’s best for you, so that is usually a part of why they will try to discourage the niqab. I said usually. There are often other issues involved. For example, they may not say it, but it is likely that they are afraid of what friends and family may think. But I digress.

So instead of busying your mind with the hundred possible reasons you shouldn’t wear it, focus on the few simple and powerful reasons you should wear it. Wallahi, wearing niqab was one of the best decisions I made in my life. And in terms of making a decision to get closer to Allah swt, this has been, and continues to be, one of the most successful ways. If you are waiting for a day when the whole world will be accepting of you, that day will never come. There will never be a time when you are safe from the evil tongues of mankind. They even say evil things about their Lord, subhanahu, so what makes us think we will be exempt?

If you want your family to be accepting of you, and they currently dislike the niqab, then you simply have to hold fast to it. Be firm upon it, and make dua for Allah swt to turn your family’s heart. He has turned my family’s hearts, surely He is the Controller of the Hearts. And if you feel any doubt (perhaps thinking that my situation was just not that bad and as we all say “no one has it as bad as I do”), allow me to remove the doubt: I used to fear for myself when going home, after wearing the niqab. My family was very against it in the beginning. I would dread returning home after a day at the College. But every day that I entered, afraid, it was like I was seeing the intervention of Allah swt before my eyes. Everyone would be busy in their own affairs, and no one was reacting to the new cloth that hung from my neck as I entered. And now, the same parents who protested against the niqab, are proud of me. Even when they don’t say it, I know they are proud. You know, parents spend thousands of dollars in order to send their children to Islamic school, not because they want their child to be righteous, but simply in order to keep their daughters away from boys and their sons away from the girls. It’s much more of a cultural thing than a religious thing, but I digress. Parents spend thousands in order to ensure that their daughters will not talk to boys, but my parents’ daughter chose to close the door to boys on her own. I know they are proud… but I was never really aiming for that, nor did I expect it. And I mention it only to show you how much can change, if you only take the steps, and leave the rest to Allah swt.

Had I sat around and waited for them to be okay with the niqab on their own, I would still be walking around with my face uncovered to this day. It was only after I wore it, and then kept it on, consistently, walillahil hamd, that they begrudgingly accepted it, then slowly they began to see the bright side of it. Strange women will come up to my mom and praise me in front of her, and she’ll politely thank them. I come home safely every night, alhamdulillah. My character has improved, alhamdulillah. It’s difficult after all of that, for them to stay angry with me. Allah swt makes the people love to see obedience to Him, they love to see signs of imaan. It’s a fact. It’s true for strangers and for family members. Deep down, they like to see that obedience to Allah, although on the surface they will show resistance, because they do not wanted to be reminded of their own sins and shortcomings. Overlook what they show you on the surface, it doesn’t concern you… it really has nothing to do with you at all.

I have many examples of how my family has changed. Were I to sit and compare today with years ago, when I first announced that I wanted to wear niqab, I would spend a long time doing just that. And I could write a really long post about it, possibly boring a few of you (lol), so I’ll just mention a few examples.

My brother – Years ago, when I first decided to wear it, and had just started wearing it for perhaps a few weeks, he sat with me and debated with me for hours regarding the niqab. He was very annoyed and couldn’t understand why I was doing this. Today, however, if he brings any friends home, he will yell up the stairs to let me know they’re here, so that I do not come in front of them unexpectedly. And when an airport official asked me to uncover my face in order to identify me, after we walked away, my brother bitterly called that official a “jerk.” “No one else asked you to uncover,” he said, irritated with the man.

My father –  He was most opposed to the niqab in the beginning. His reaction was one of pure anger; even I was scared. This was years ago. Today, however, we had a non-mahram male over, and I was in a room with my face uncovered. My dad came in, and gestured to me, and I knew that the non-mahram was about to enter, so I covered and left.

My mother – Years ago, when I first began to wear it, it must have been my second day wearing it, she saw me fixing it in the mirror. “I change my mind, I don’t want you to wear it anymore,” she said. But I was no longer waiting for permission at that point. Ignoring the knot in my stomach, I responded calmly “I’m wearing it,” and left for class. Today, if there is a non-mahram male in the house, she will tell me and give me a fore-warning. I once almost came in front of man, while following her into the kitchen. She quickly turned on her heels and gave me a look “Go back, there’s someone here.”

The higher your imaan, the more difficult your tests…but the closer you will feel to Allah swt, and that will make it all bearable…trust Him.

Verily, Allah has purchased of the believers their lives and their properties; for the price that theirs shall be the Paradise.

No one said it was going to be easy…but they said it’ll all be worth it.

This entry was posted on June 8, 2012, 9:23 pm and is filed under Niqabi Support Group. You can follow any responses to this entry through RSS 2.0. You can leave a response, or trackback from your own site.